The next generation of cosmetic surgery.

Located in the heart of downtown Toronto, just steps from the boutiques and restaurants of Yorkville, FACE Cosmetic Surgery is dedicated to providing surgical and non-surgical facial aesthetic solutions for both men and women.

As the face begins to show signs of aging, it is not just the outer layer of skin that is responsible—there are several layers of underlying tissue and muscle that also begin to sag with age. In previous forms of facelift surgery, surgeons would only address the outer layer of skin. This means that the underlying tissues were still sagging, pushing against the outer skin that had been tightened by the surgeon. This practice left patients looking windblown and unnatural.

By addressing the layers that lie underneath the skin, Dr. Asaria can produce a facelift that looks beautiful and natural, as though no plastic surgery was ever performed. His exquisite technique reaches into the deeper layers of the face, allowing for a thorough release of sagging muscles and deep wrinkles. If you’re looking for among the best facelifts Toronto has to offer, look no further than Dr. Asaria at FACE Cosmetic Surgery.

SMAS is an abbreviation for submuscular aponeurotic system. It is simply a layer of tissue that lies between the outer skin and deeper tissues and structures of the face and neck.

The face contains three “planes” or levels of tissue that can be lifted and tightened. These are:

In plastic surgery the true test of any surgeons work is not the immediate outcome but how well the results stand the test of time. At FACE, every procedure we do is designed to create a natural, refreshed appearance that will truly last.

In performing a facelift, Dr. Asaria must determine which layer needs to be addressed. There are two main factors that play a role:

Similarly, if a patient needs correction of sagging jowls and neck, a sub-SMAS facelift is generally more suited for those areas. However, just like a deep plane facelift, it can be used on other areas of the face if it is the most appropriate procedure.

When it comes to facelifts, there are almost infinite circumstances, and each one requires its own unique approach. To determine which approach is right for you, the next step is a consultation with Dr. Asaria.

Dr. Asaria was recently selected by leading Canadian cosmetic magazine, deepBODY, to do a series of video interviews and provide expert advice for patients considering a facelift procedure. 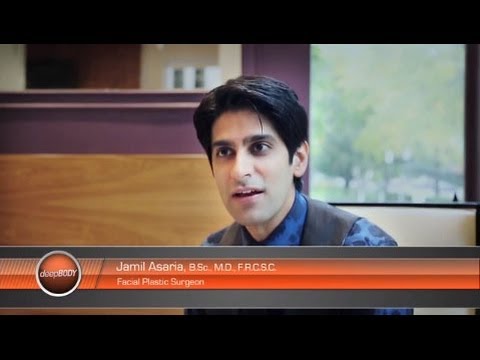 The best way to determine whether a surgeon is capable of giving you the results you desire is to view his past work and results.

Explore Before & After Gallery

In performing facelifts, Dr. Asaria always considers each patient’s unique circumstances. Herein lies the magic of his approach—he is relentlessly competent at determining which technical procedure will achieve the best possible results. By employing a thorough consultation process, he begins by learning each patient’s goals for cosmetic surgery.

Understanding that, he can then perform an examination to get a good grasp of facial anatomy. Once this is done, he will use his expert knowledge of facial anatomy to determine which approach is most suitable. With his individualized approach and attention to detail, Dr. Asaria regularly performs among the best facelifts Toronto has to offer.

If you think a facelift may be right for you, the next step is a consultation with Dr. Asaria. During this consultation, his first priority is to understand your personal goals for cosmetic surgery. Once this has been achieved, he can make recommendations regarding which procedure(s) can deliver the desired results. As a surgeon whose policy is always to put the patient’s needs first, Dr. Asaria strives to deliver the best facelift Toronto has to offer. Please call us to schedule your consultation.

At FACE, nothing is more important to us than your health and safety. While we are temporarily delaying surgeries and injectables until April 6, 2020, it has created an opportunity for us to make virtual consultations as streamlined and easy as possible for you. Our office is open as usual for any email, telephone, or video inquiries. Furthermore, Dr. Asaria and Dr. Alexander have expanded availability for virtual consultations. Schedule a virtual consultation today to explore your options and receive expert recommendations from our world-leading facial plastic surgeons.