The next generation of cosmetic surgery.

Located in the heart of downtown Toronto, just steps from the boutiques and restaurants of Yorkville, FACE Cosmetic Surgery is dedicated to providing surgical and non-surgical facial aesthetic solutions for both men and women.

Dr. Alexander's approach is different from many other plastic surgeons – every aspect of his practice is focused strictly upon the patient’s needs. He will never recommend a treatment that is not needed. He believes an educated patient will make good decisions, and he spends all the time needed to explain every aspect of a procedure, from preparation for treatment, through the surgery itself, and recovery. 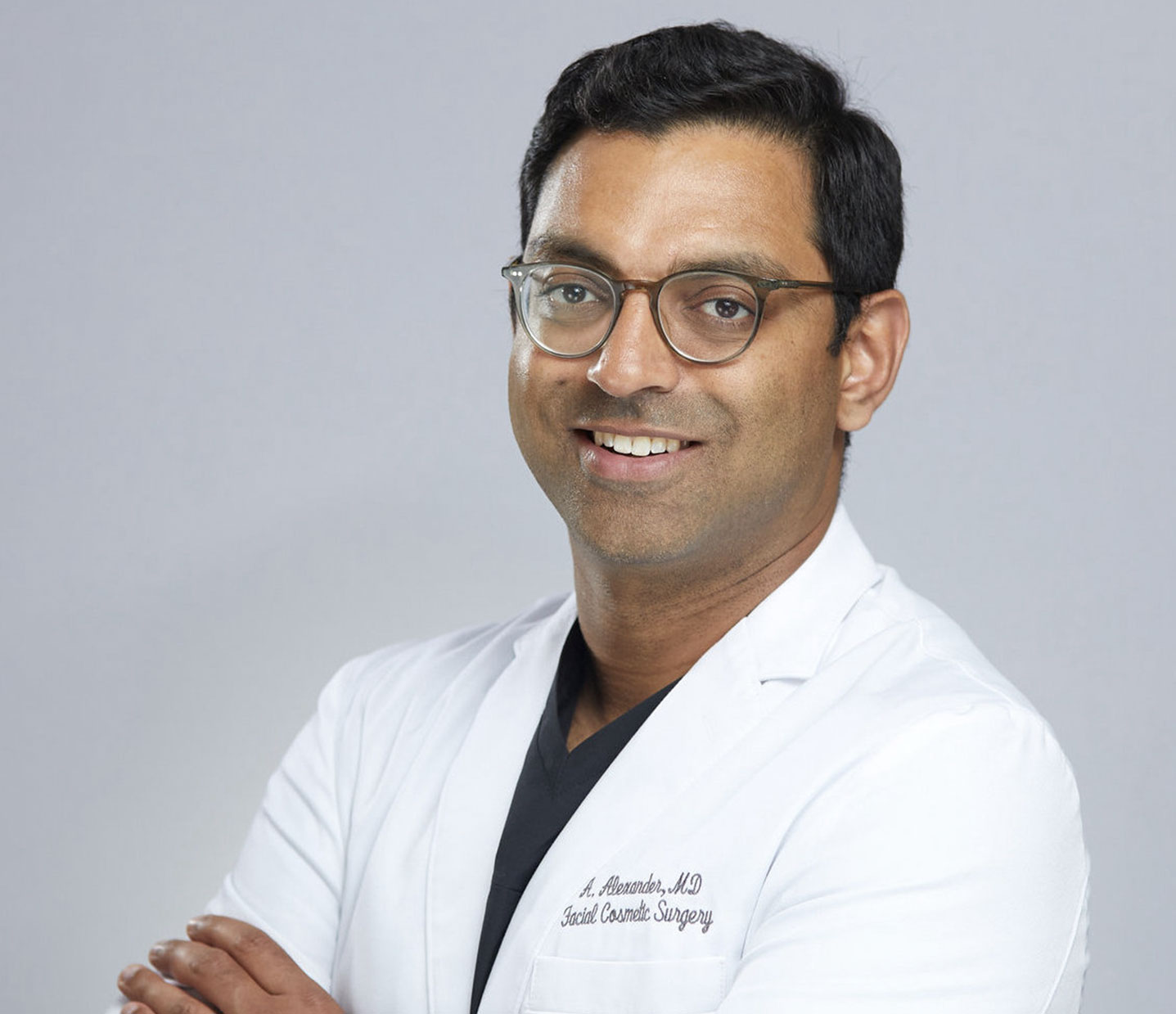 He offers surgical and non-surgical facial procedures, anti-aging treatments, and custom hair restoration. If you are considering a facial enhancement, you want to be confident that you are in the hands of an exceptionally talented plastic surgeon who achieves results that appear fresh and natural. Dr. Ashlin Alexander is a meticulous plastic surgeon with an eye for facial balance and harmony. He is recognized for his excellence in surgery, warm, kind demeanor, and his integrity and ethical practice.

Dr. Alexander achieved an undergraduate degree in engineering, after which he attended medical school at Queen’s College. After achieving his medical degree, he advanced his education, accepted into the University of Toronto Head & Neck Surgery (Otolaryngology) Program. Dr. Alexander stood out among other students, achieving the highest score in his exams for Facial Plastic Surgery, and achieved a prestigious award for his research from the Canadian Society of Otolaryngology. Further indicating the excellence of his precision approach to facial plastic surgery, he was elected as Chief Resident during his training at University of Toronto.

To further his professional skills, Dr. Alexander proceeded to gain professional skills with fellowship training under the acclaimed program at New York University in Manhattan. He had the opportunity to hone his skills in facelift and other facial surgeries, performing surgeries on various actors and models, mentored by some of the world’s most respected facial plastic surgeons.

The next step in his illustrious career was when he scored in the 97th percentile in his oral examinations for the American Board of Facial Plastic and Reconstructive Surgery. He then dedicated another year of fellowship training in New York City, after which he was chosen to join one of the world’s most acclaimed Sydney Head & Neck Cancer Institute in Australia, where he had the opportunity to perform complex facial reconstruction surgeries, further advancing his skills.

Dr. Sanja Knezevic is a Canadian trained physician who is registered with the College of Physicians and Surgeons of Ontario. She received her Bachelor of Science in Cell and Developmental Biology with honours, and completed her undergraduate degree, medical school and residency in Family Medicine at the University of Western Ontario. During this time, she participated in clinical training with various plastic surgeons and dermatologists across Canada. In addition, she currently holds a Focused Practice Designation in Dermatology from the Ontario Ministry of Health. She has several publications and research presentations in the field of Dermatology, and has been working exclusively in the field of medical and cosmetic Dermatology since graduating her residency. Dr. Knezevic has a passion for aesthetic medicine, particularly in the area of cosmetic injectables. She combines her knowledge and experience in skin science with a keen attention to detail and a skilled artistic vision. In addition, Dr. Knezevic has a kind demeanour, and can put patients at ease throughout the entirety of their medical consultations and procedures. In her free time, she enjoys travelling, tennis, skiing, and golf

At FACE Toronto we are committed to protecting the safety of our patients, staff, and the general public while maintaining our high standard of quality care. As a result of the ongoing COVID-19 pandemic, we have made changes to our patient care practices in accordance with all provincial and Public Health recommendations. Our team has been working diligently on enhancing our safety protocols to protect the well-being of our patients, team members, and families. We would like to highlight how we are providing a safe environment for you and our team:

We are so excited to welcome you back and look forward to continuing to help our patients look and feel their best! We encourage you to reach out to our office now to schedule your appointment. Please feel free to contact our team by phone at 416-479-4244 or email at info@facetoronto.com.